API from a remote database

Let's go create a Django REST API from a remote DB with Django 3. In my development folder:

I would do an API targeting a remote emailing tool, I will call here acy_vcs. Let's go create our Django app dedicated in my_apis folder, then migrations and a super-user:

Get URL endpoints from another field than the id 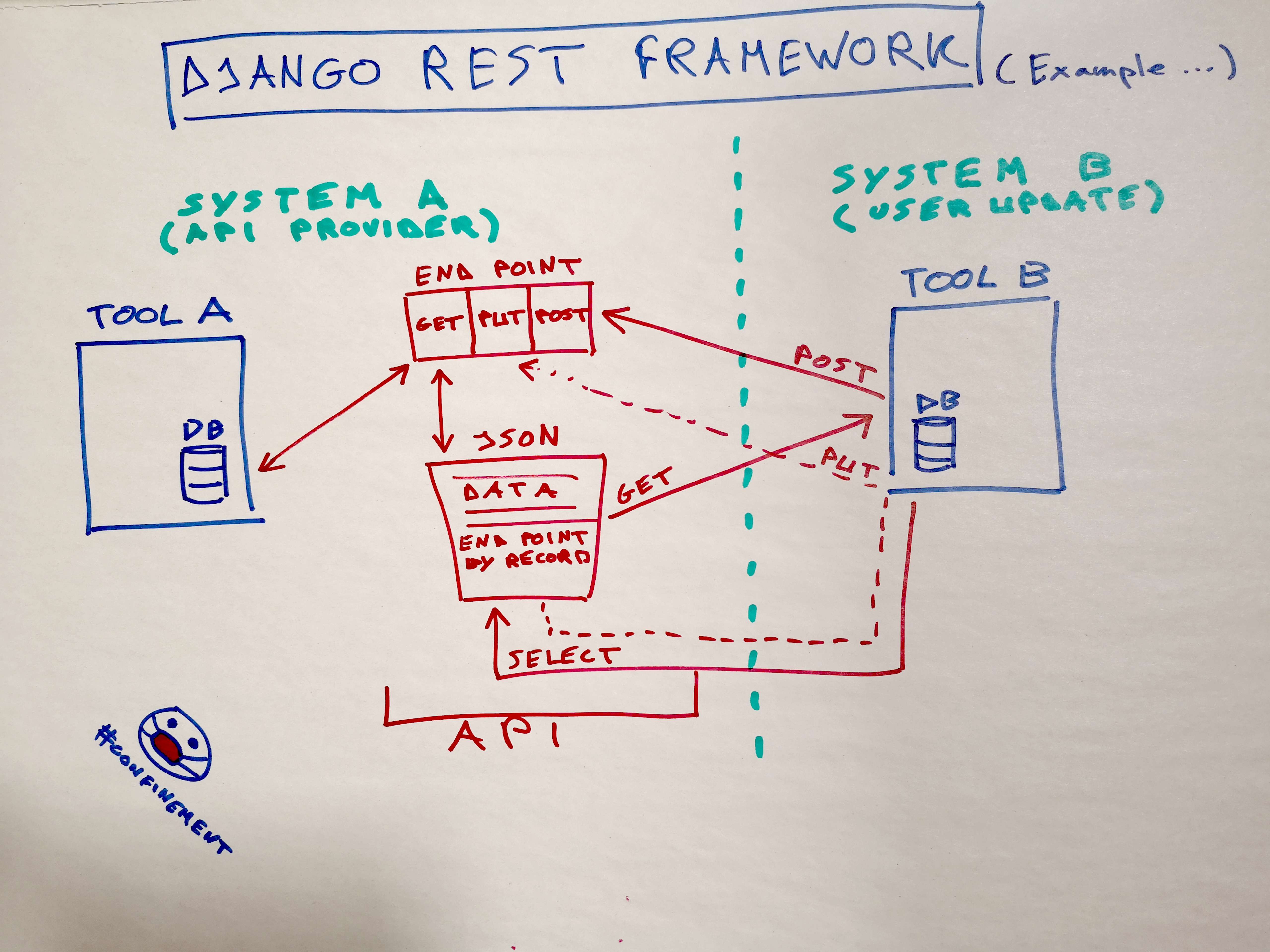 I wanted update data from a tool (tool A), after users updates from another tool (tool B). The perfect field of action for Django REST framework I guess. So I built my own API.

But I faced a problem: the relationship between the data had to be on the email field. And by default Django REST framework uses ids to create URL endpoints of each record. Indeed it seems to be this kind of URLs which allow updates by record (PUT command with httpie for example).

These are the ones I need to include in the code that will run in the forms of tool B!

Example of httpie command to update fields through a REST API

The URL contained above is the endpoint of a record, using its id (4) from tool A. But tool B does not know this id, and does not have to know it. He just want to update firstname and lastname according an email relationship. Kwarghhh!

First I tried to generate URL endpoints with emails, hoping something like:

I know, it's weird. No matter, I never succeeded.

So I had to find a way to get the good URL endpoints without knowing their ids, comparing emails.

Email field and URL endpoint for each record being provided in the json from my API, I use the code below:

I check that email is not empty (is not None), and I add an iteration to retrieve only the first result of the data from tool A (match_count). It will also be better for your tests.